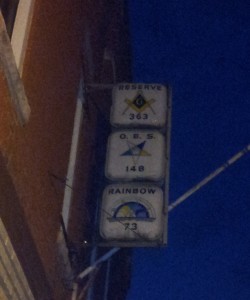 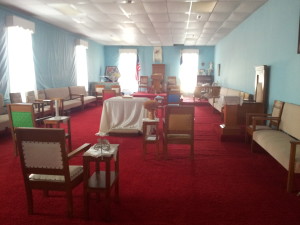 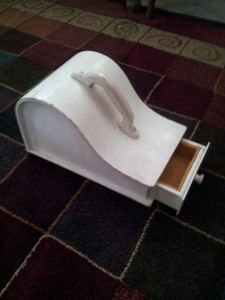 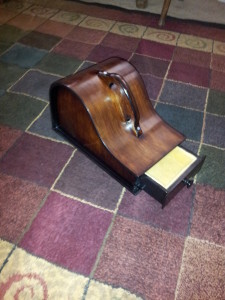 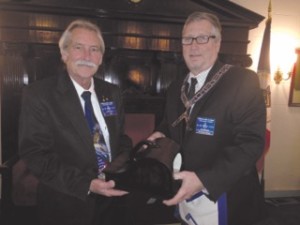 Interview with Brett McKay from Art of Manliness

Masculinity, manhood, virtue, integrity. These are ideas that seem to confuse young men of today. What does it take to be a man? What does manhood mean in the 21st Century? Well, Brother Brett McKay has been trying to help find that out through his website The Art of Manliness (http://www.artofmanliness.com). The site went up in 2008, and since then has been a wonderful resource for young men to get in touch with the “vintage” ideals of manhood. As a young man myself, I found the site to be a cool glimpse into how my grandfather acted throughout his life and different lessons his father may have taught him.

Brother Brent Williamson, as a part of Man-Month, was able to reach out to Brett and arranged an interview with the Lodge over dinner and webcam. They discuss the origins of the Art of Manliness, how Brett got involved in Masonry, and how the site and what it offers has affected men all over the world!

I want to extend a major Thank You to both Brent for his dedication and work to get this wonderful presentation going; and also one to Brett for spending time with us and shedding some light on what all he has been able to do the past several years.

Honor and an Honor Flight: A Thank You to Worshipful Brother Jim Hendricks

Honor is defined by the Merriam Webster Dictionary as: “respect that is given to someone who is admired: good reputation: good quality or character as judged by other people: high moral standards of behavior.”

On September fifth of this year, well over one hundred World  War 2 veterans were taken to Washington D.C. for the day to visit the memorial. They were able to tour the beautiful structure that displays the names of those lost in that war and pay their respects to their fallen comrades. Upon their return to Indianapolis, instead of returning straight home, the veterans were redirected to Plainfield High School’s gymnasium. That gymnasium held a multitude of friends, family, neighbors, and strangers excitedly waiting to welcome back these venerated heroes. Each one who entered was introduced by name and military station. After each introduction, cheers, whistles, and whoops exploded from the crowd! Every introduction, every time.

Among the crowd was Brother Brent Williamson, and myself. Brent and I had come to help welcome back Worshipful Brother Jim Hendricks. We arrived around 8:20 to an already steadily crowded gymnasium. By 9 o’clock the entirety of the low rows and mid rows were filled. The upper sections were fairly crowded as well, and that is where we ended up. We stood in awe and jubilation as we joined the exuberant crowds’ welcome. The cheering went on almost non-stop for the near three hour ceremony. Brent and I did not see Worshipful Brother Jim until the final bus arrived, and even then, he was among the last off. Yet, we did not care that we had waited so long to see our Brother, we were along for the ride in welcoming the entire group! Finally we saw WB Jim come in, and we made sure everyone around us knew that we were there for him! The time eventually came to open the floor to the guests to come by and greet the veterans. Brent and I sought this opportunity to quickly find Jim to thank him for all that he does. When Brent and I approached Jim, his face lit up and he exclaimed “My Brothers are here!” This hit me in a very profound way. The purpose of Brent and myself going to the reception was to honor Jim, but in the end he honored us by his enthusiasm at our arrival.

Honor is a fascinating concept, and every man has his own definition for it. Worshipful Brother Jim is an exemplary example of the definition given by Merriam Webster. His response to Brent and myself being there floored me. It helped further cement why I am a Mason. My role as a Mason is to display certain attributes, among them: Brotherly Love. What I gave I received ten-fold; and not just this time, but every time. Any time I have ever extended friendship, counsel, a hand-shake, a smile, I have received more. One day I hope to be as good a man as my brothers, and my hope is that I can learn and apply the honor I see from my fellow Brothers. Thank you Brother Brent for accompanying me to this reception, and thank you Worshipful Brother Jim, for all you have done and all you continue to do.