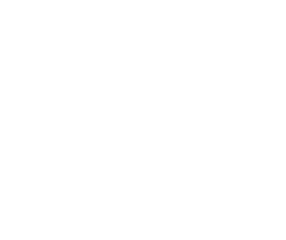 He joined U.S. Army Air Corp in 1943 and served with 8th Air Force 44th bomb group as a pilot on a B-24 heavy bomber based out of Shipdam England and flew 25 missions.

After the bombers he flew a P-51 Mustang fighter in the last month of the war because he wanted the speed.

After the war he served as a test pilot and retired from the Air Force as a Major.

After retiring from the Air Force, he flew briefly as a pilot with United Airlines and was also an air traffic controller.

He also attended The University Of Cincinnati and earned a degree in architecture.

After graduation he worked for the Federal Housing Administration (FHA) working his way up to Chief Architect for the State Of Indiana before retiring.

After “retirement” he started his own business rehabbing older homes in the Indianapolis area before selling out to his partner and retiring for the third time.

He was married Ella Newburg Griffin for over 60 years until her death. During their marriage they traveled extensively which included travel on the Concorde supersonic airliner, a ride on the Orient Express, and the Queen Elizabeth II cruise ship.

After Ella’s death he remarried Margaret Ellingwood and was married to her until his death.

He is survived by 2 children Patricia and Mike, a daughter in law Karin, and a grandson Matthew.

He was an outstanding father and was always supportive and participated in his children’s activities like band, Indian Guides, Boy Scouts, and as a baseball umpire.

He was an active scout leader for many years and was Scoutmaster and a District Superintendent for the Central Indiana Council of Boy Scouts Of America.

He was also a tour guide and chairman of Tour Guides at the Scottish Rite.

He served as the Senior Warden of both the Millersville and Century lodges from January 1, 2006 thru December 31 of 2006.

He received his Award of Gold at Millersville on May 25, 2016

Mark was called to the Grand Lodge Above on January 11th, 2019 and was buried with full military honors.